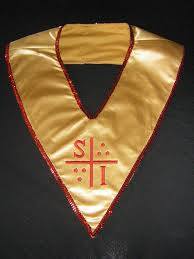 It is believed that the Secret Chiefs are transcendent cosmic authorities responsible for the operation and moral cosmosou regulagem the supervision of the operations of an organization so esoteric that manifests externally as a magical order ouloja. their names and descriptions varied over time, depending on who reflect their experiences comeles contact. An early and influential sources on these august institutions is Karl von Eckartshausen whose book 'The núvemsobre The sanctuary', published in 1795, explained with some caráteres and detail their motivations. Many occultists have declared they belong or have had contact these secret bosses and did this act known others, dentre They is HP Blavatsky (who called for 'Tibetan masters'), Dion Fortune (who called for 'order until esoteric'), Max Heindel (who called for 'big brothers') Table of Contents [hide] The hermetic order of the golden dawn was founded by those who claimed to be in communication with chefessecretos. one of those secret chiefs was anna sprengel. Your name and address are decoded manuscripts encrypted In astrum argentum the Secret Chiefs (occasionally 'Secret Chiefs of the.'. The. '.') is the term that aleister crowley been used to describe these entities supernatural (praeter - human) that conduzemo progress of mankind for purposes that are usually beyond the comprehension of mortal man. The Secret Chiefs are at least at the level of magus and templi magister, and may be, ounão in the form human based on their own needs at the time, and are completely unknown to the rest dahumanidade Except on rare occasions when these are part of your plan if you reveal a pessoa. The hermetic brotherhood of luxor refers to a 'circle inside 'of scholars teachers podiamser Contatados through clairvoyance. In theosophy mahatmas (literally, 'great souls') The Theosophical Society were another important case. The 'revealed teachers' johnson explores the possibility that, rather than guides outromundo O fictitious sources of legitimacy, Theosophical Mahatmas were historical persons with whom Blavatsky if linking. In Freemasonry and the Rosicrucian order is the oldest example the concept of Secret Chiefs, he éencontrado In the 'unknown superiors' (Incognitii higher) Rite strict observance a body maçônico templário fundado By Baron von hund in the middle of the eighteenth century. At the same time, however, the German order gold - und Rosenkreutz also their próprioschefes such as oberen unbekannte mysterious secrets.