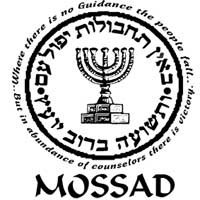 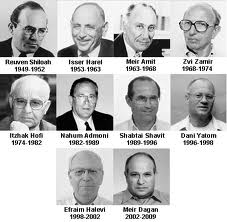 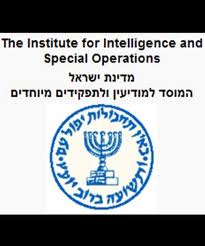 DUBAI, United Arab Emirates — Interpol places 11 people suspected in the slaying of a Hamas militant leader in Dubai on its most-wanted list on Thursday.

The international police agency said it has issued red notices, its highest-level alert, to its member countries worldwide for "11 internationally wanted individuals who have been charged by UAE-Dubai authorities with coordinating and committing the murder."

Interpol said it was acting on the request of Dubai authorities and that it believes the suspects used false passports.

Interpol issued the notices — which include photographs — "to limit the ability of accused murderers from traveling freely using the same false passports."

Hamas commander Mahmoud al-Mabhouh's body was found Jan. 20 in his room at a luxury hotel near Dubai's international airport.

Dubai's police chief said on Thursday that Interpol should issue a warrant to arrest the head of the Jewish state's spy agency Mossad if the organization was indeed responsible for the killing.

In comments to be aired later on Dubai TV, police chief Dahi Khalfan Tamim called for the police authority to issue "a red notice against the head of Mossad ... as a killer in case Mossad is proved to be behind the crime, which is likely now."

The Jewish state has declined to comment on whether its spy agency was responsible, although security officials have also said they were convinced the Mossad was behind the assassination, and harshly criticized the spy agency for allegedly stealing the identities of its own citizens to carry out the hit.

If it develops into a full-blown security scandal, that could harm Jewish state Prime Minister Benjamin Netanyahu politically.

Some compared the case to another Mossad embarrassment during Netanyahu's previous term as prime minister, the failed attempt to kill Hamas leader Khaled Mashaal in 1997.


The Mossad is responsible for intelligence collection and covert operations which are suspected to include targeted killings and paramilitary activities beyond Israel's borders, bringing Jews to Israel from countries where official Aliyah agencies are forbidden, and protecting Jewish communities worldwide. It is one of the main entities in the Israeli Intelligence Community, along with Aman (military intelligence) and Shin Bet (internal security), but its director reports directly to the Prime Minister.
_________________
Pedro P. Dollar:.
Por Cuba, con Dios y la Masoneria

The Mossad wants you!