The Swedish Rite of Freemasonry

The Swedish Rite of Freemasonry


A brief presentation of The Grand Lodge of Sweden and the progressive system of the Swedish Rite.


Freemasonry was brought to Sweden by Count Axel Wrede-Sparre, a Cavalry Officer who during service in France had become a Freemason. After returning to Sweden he brought together some friends who like himself had been made Freemasons abroad. In 1735, he inititated and passed his brother-in-law Count Carl Gustaf Tessin in Stockholm. Most of the Brethren joining Wrede-Sparre’s Lodge belonged to the higher nobility. The meetings seem to have ceased at the end of the 1740s.


The Lodge St Jean was called ”Mother-Lodge of Sweden” and considered itself entitled to issue warrants to other Lodges in the country and in Finland, which was a part of Sweden at that time. Count Carl Fredrik Scheffer who had been made a Freemason in Paris in 1737, was elected National Grand Master in 1753. During the 1750s, the Lodges opened their doors to members of other classes of society than the nobility.


In 1756, Carl Fredrik Eckleff together with six Brethren formed the Scottish Lodge L’Innocente in Stockholm, working in so called Scottish St Andrew´s degrees. The next step in the development of Swedish Freemasonry was taken by Eckleff in 1759, when he established a Grand Chapter in Stockholm. Eckleff who was an employee of the Swedish Foreign Office, held a foreign patent authorizing him to found lodges. It has not been possible to ascertain the date and place of origin of the patent and of the rituals. The Grand Lodge of Sweden was established in 1760.


There are about 15 200 Freemasons in Sweden and about 1 300 in Finland under the Swedish Order of Freemasons. As lodges are few in number, there is usually quite a number of members in a Swedish lodge. Only men of Christian faith are admitted.


The Worshipful Master of a Lodge is usually appointed for a period of six years. However, a compulsory retirement age of 75 is strictly enforced for all office bearers.


The Swedish Rite is worked in Sweden/Finland, Norway, Denmark and Iceland. In Germany a Grand Lodge, Grosse Landesloge der Freimaurer von Deutschland, is working rituals based on Carl Friedrich Eckleff’s documents from 1760, but otherwise have few similarities to the Swedish Rite. 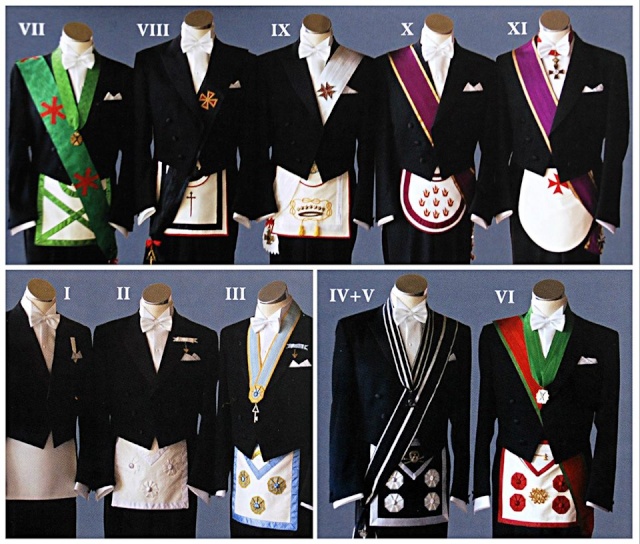